Yesterday was the opening day of the baseball league here in town. Jacob is in the t-ball league and he's on the Cubs. It was a hot one yesterday. Here it is mid march and it feels like late May/early June. The thermometer said 81, but it was much hotter sitting in the sun for 4 hours! Here are some shots I got before I dropped my super zoom lens...what a bummer! 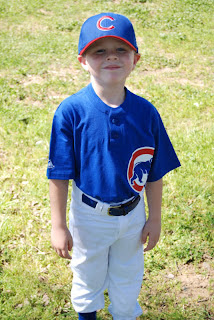 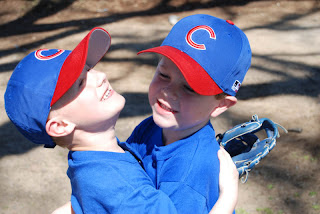 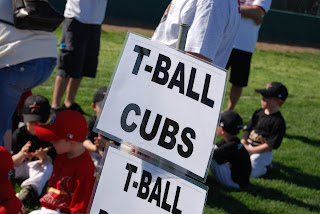 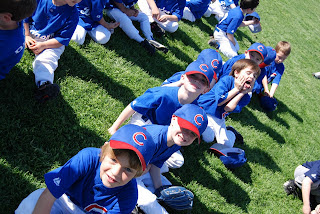 Jacob got his second report car of the year. He did great! As a reward we went to Fairy Tale Town after school. Here are some pictures from the day. The weather was perfect. It was 81 according to my car and all the leaves are coming in on the trees. We had a great time! 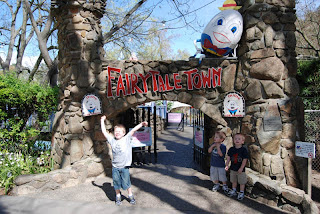 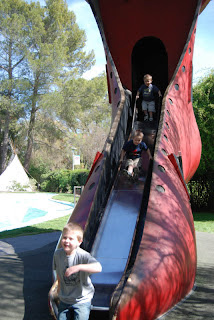 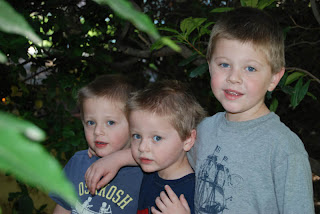 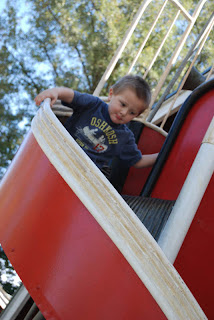 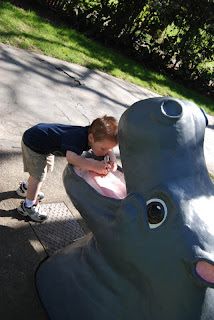 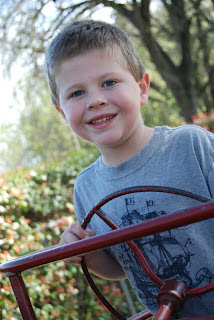 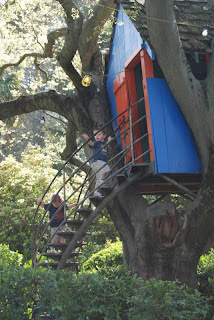 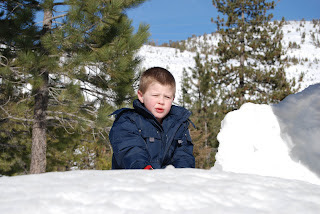 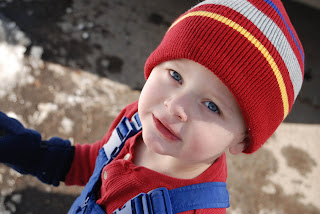 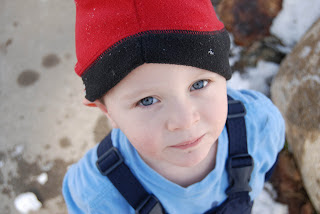 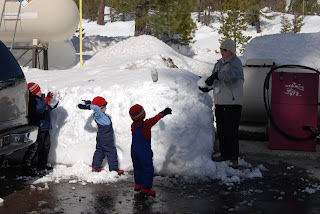 A couple of weekends ago we all went up to Tahoe with my dad and Barbara to tubesrus. The kids had fun and the weather was perfect. Luke is still nervous about going fast so he didn't even go down once. But Jacob and Nick loved it. We all had fun having snowball fights and Jacob spent lots of time exploring the snow.
Posted by Noel at 11:36 AM No comments:

Jacob is a shining star 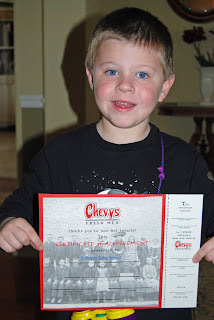 Jacob came home with the "Student of the Month" award today. He has gotten it twice this year!! He got it back in October and again today. It's a pretty big deal where they get called up in front of the whole school at assembly and then they get their certificate and a free dinner at Chevy's. I'm so proud of him! He is very helpful for his teacher. He picks up after himself and the other kids. And he's a good listener.

Hmmm...wonder why he "forgets" all that stuff when he gets home???

He keeps saying it's his lucky day. He got his award. His friends are coming over for dinner and we are making pizza and drinking root beer, his favorite. And they get to watch Star Wars. Wow...what a dream day for a 5 year old!!

The latest Netflix movie we saw was "Taledega Nights". Holy crud...what....a.....bad....movie! I am a pretty big Wil Farrell fan, but this was hideous. Nothing good about it, honestly.

Yesterday Jason helped out in preschool while I took Jacob to gymnastics. I'm so glad we chose to do it that way instead of opposite because of what happened. We were already home when they got back. Jason walked in with a weird look on his face and said "boy...big excitement at preschool today." To which I said "what...did someone throw up?" To me that would be a big day. "No, it involved the fire dept and 911." he said.

So what happened was that one of the boys was biting his plastic spoon they were using for applesauce and managed to break it and swallowed the piece of plastic. At first it looked like he was choking and he couldn't talk. The teachers were clam. The kids were calm for the most part except a few girls who were crying. They called 911 and sent my husband to the school office to get the principal. So when all the parents came to pick up their 3 year olds they were greeted with a fire truck and ambulance. They of course were all running in terrified.

It sounds like he is going to be ok. He was able to say his throat hurt. So it was either lodged in there or scrapped his throat on the way down. We saw Miss Cheri at the restaurant we ate at last night and she seemed to think everything was fine. Like I said before it's a very good thing I was not there. I told Miss Cheri i would have been balled up in the corner rocking myself saying "find your happy place". Choking kids are one of my biggest phobias.
Posted by Noel at 11:23 AM 1 comment:

Whisper to the stars

We went and did some fun things this evening. We went to Fresh Choice for dinner and then to the sports store to get Jacob his t-ball uniform. He's on the Cubs! Anyway...on the way to the car it was dark enough to see the stars. They were all excited to see the wishing stars and were wishing for Ben10 watches. Later in the car Luke was telling this to Nick "Nick....you whisper to the star your wish....and then you get what you get and you don't throw a fit". That's what his preschool teacher says. Which is also funny becuase we saw her and her family at the restaurant.
Posted by Noel at 7:37 PM No comments:

So my internet freind Greta sent me an email this morning with about a bazzlion pictures of amazing ballon creatures. This is my favorite.....I give you Sir Bubble Boy. 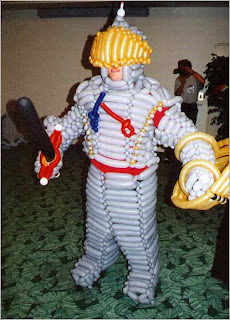 Come on over and shop 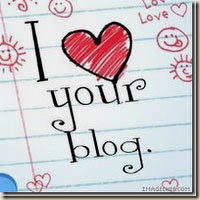